How to play a payments peakiness blinder

Payment is the final step of the purchase journey. It’s the realm of the Finance Department, Risk, Compliance and Tech teams. They make it more secure, minimise friction and try to keep it up-to-date alongside legacy finance systems.

But have we underestimated the importance of payments for customers? Whilst within organisations, payment has often been thought of as a basic transaction at the end of the customer journey, we put it to you that for the customer it is much more important than that.

Understanding people can help you understand how to handle payments in a way that puts customers’ experiences and future decision-making alongside tech, risk and compliance.

This thinking comes from a combined team, The Foundation, experts in customer-led business success, and Judopay, the leading mobile payment solutions provider. The work we did together included conducting interviews with business leaders across sectors to learn about the payment journey their organisations have been on.

Their potential supporter had to navigate from the landing page to another to find the ‘Donate’ button... from there, they would need to choose between one-off or monthly donations... select an amount... specify a preferred cause for their donation... and even name specific properties they want the money to go to… Only at the end of all this journey would they reach the point of payment.

Sharon described to us how they improved this arduous process.

Using website analytics, they could track how many people exited the process at each step and used this to improve the parts of the journey with the highest drop-off rates. In what made logical sense, the payment process, as the final step in the journey, had a low drop-off rate. Effort was invested in improving the early steps, not on payment.

If the aim is sales, looking to get a single donation ‘over the line’ then maybe. But what about repeat donors? A supporter who has donated money to a charitable cause once is far more likely to want to support the cause again in the future. There is great value in making the donation experience good for those who supported, going well beyond just getting more people to donate.

In fact, there is even more value hidden away than this.

The point of payment, as the final element, is disproportionately important to make sure it is a strong and positive experience. In behavioural psychology there has been much study of heuristics. These are simple strategies or mental practices that humans, animals and even organisations use as rapid, shorthand ways to make good decisions swiftly.

One highly relevant example is the ‘peak-end heuristic’. In a 1993 study titled “When More Pain Is Preferred To Less: Adding A Better End” by Kahneman, Fredrickson, Schreiber and Redelmeier, it was revealed that people judge an experience largely based on how it felt at its peak, the most emotionally intense part, and at its end. Further studies have reinforced these findings. Participants in one experiment were asked to queue in order to be served. Participants who were made to queue for longer, but where the last part of the queue moved quicker than expected, reported a more positive experience than those who queued for a shorter time overall.

The causes of the peak-end heuristic are, it is believed, two memory biases. People have a stronger memory of emotionally charged events, explaining the ‘peak’ effect. And people also have a recency bias, with the latest event in a series remembered most vividly. This explains the ‘end’ effect.

So, what does this mean for payments?

The peak-end heuristic suggests that a customer’s experience of a particular journey in which payment is a part will be disproportionately affected by what’s at the end - usually the payment itself.

For organisations for whom customers’ lifetime value matters, and there aren’t many for whom this isn’t true, this is crucial because it will be a big influence on repeat custom. Making the payment process positive will leave a customer with a disproportionately favourable memory of the whole experience, meaning they are also more likely to come back in the future.

But that’s not the end of it. We have only explored half of the heuristic. Could payments somehow become part of the ‘peak’?

Payment for a customer is a visceral moment of exchange. Hard-earned cash is given away in return for something that’s needed or an outcome they want. This is an important and emotionally charged moment. While organisations have worked hard on the functionality of payments, much less thought has gone into how it feels to be a customer at this moment of exchange.

The National Trust had another, rather uplifting story that showed perfectly what this potential for peakiness in payment can look like. What Sharon described were bird box donations.

A National Trust warden had a challenge. A wrought iron gate that was out on a country path needed repairing at a cost of £2,000. He had requested funds through the Trust but they simply weren’t available. Rather than taking “no'' for an answer, the warden decided to repurpose a bird box for collecting donations. It was hung next to the broken gate with a handwritten note asking walkers to help.

At the same time, in faraway Richmond-upon-Thames, the Royal Parks had a similar challenge. In Richmond Park, funds had to be raised for similarly good reasons. But the approach taken was different. In this case, around gates and car-parks, parking meters were repurposed as voluntary donation points. The car parks were free, but visitors were asked to donate using the machines with a suggested donation to help fund the upkeep of the park.

The needs were similar. Both required donations from the public, asking for them in the very places the donations would be used to protect and maintain.

Of the two, the Royal Parks’ strategy was certainly more technically capable. It accepted a whole range of payment methods. It used a solar panel to run the machine ‘off-grid’. It was far more secure too, with the bird box relying only on trust to stop theft.

To the potential supporters though, the feel was completely different. Posting money through the hole in a bird box felt generous, genuine, connected to them and what they cared about. Using a payment card, entering a PIN into what looked and felt like a parking meter felt very different, at its most extreme linked to fines, obligation and parking wardens!

On the first day of the bird box being hung on the gate, it had raised a staggering £600 in cash donations and the £2,000 target was surpassed by a considerable degree (with the money being used for other related good causes). The warden turned out to have a new problem which was emptying the box frequently enough to stop it overflowing.

The seven donation machines dotted around Richmond Park raised a total of £20,000 in 2020 from its 5.4 million yearly visitors. Each machine took, on average, just £7.83 per day. It will take two years of donations simply to pay for the machines themselves. Much time and effort had gone in to optimising what the donation machines could do, but very little thought had been given to how they felt.

The feel of paying and the emotions engendered in the people making the exchange is clearly important, possibly more so than the technical functionality. Emotions around payment are powerful forces. Unpleasant connotations at the point of payment versus getting it right in a positive way has, we contend, the potential to disproportionately affect what people choose to do, in the moment and in the future too.

Together, the emotional response to payment, and payment being the last step in most purchases, make it a powerful component of many customer journeys. Organisations that care about the lifetime value of their customers or supporters, not just individual sales, have a little-explored opportunity to get payments very right. To do that, they must focus on how payment feels to a customer, not just what it does and how it works.

‍Charlie Dawson established The Foundation in 1999 with the aim of helping organisations be more sustainably successful by being customer, not financially, led.

His original inspiration came from working on a new car company launch, Daewoo, that did this by happy accident to great effect, breaking records for speed of growth and disrupting an inward-looking market.

Edmund Bradbury's move into consulting came from professional sport. Edmund experienced his own customer-led success story altering the traditional model of cycling sponsorship from paid (and not very effective!) advertising to really getting to the heart of what sponsors valued. He now helps other organisations unlock their own customer-led success stories, drawing from his pro sport experience and neuroscience background. 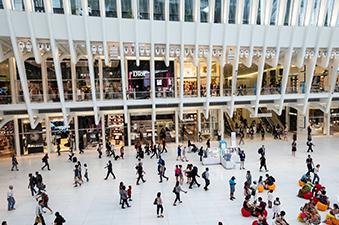 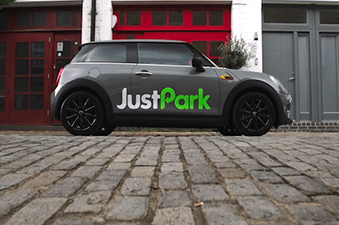 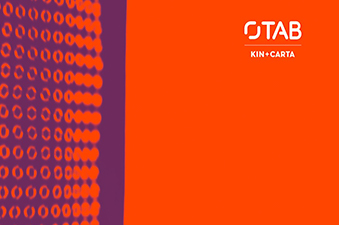 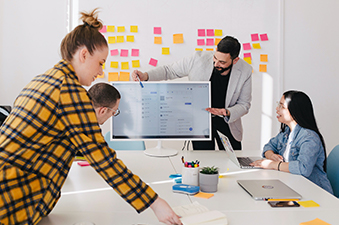